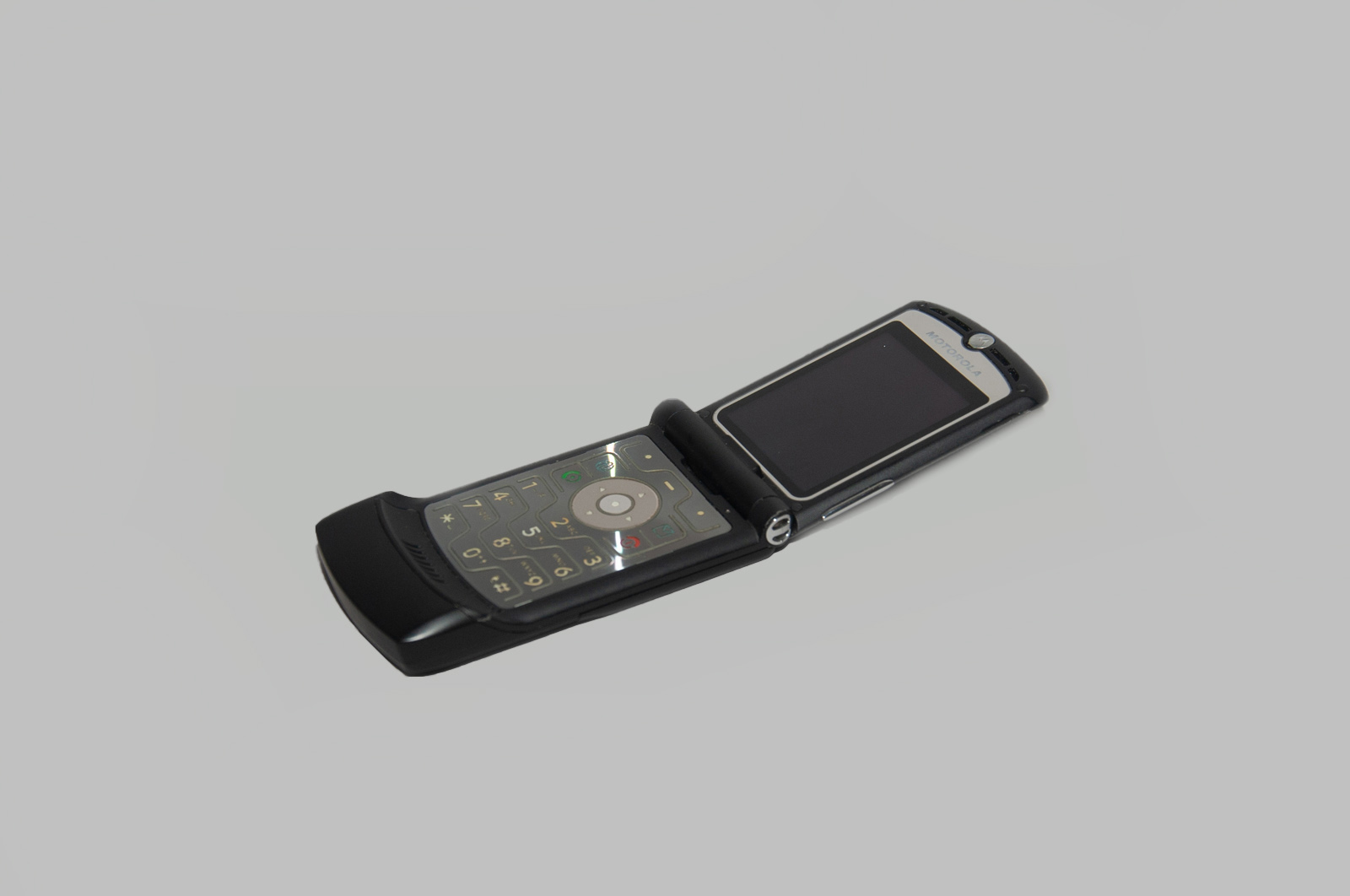 The Motorola Razr (styled RAZR, pronounced “razor”; sometimes also Siliqua) was a series of mobile phones by Motorola, part of the 4LTR line. The V3 was the first phone released in the series and was introduced in July 2004 and released in the market in the third quarter of 2004. The V3 model was followed soon thereafter by the much improved V3i with a collaboration with Apple Inc. for iTunes to be built-in.

We believe the design of Motorola Razr V3 is always the better than the best till now. From material selection to industrial design, it is so well-finished.
Collected from Ebay in 2016, London.