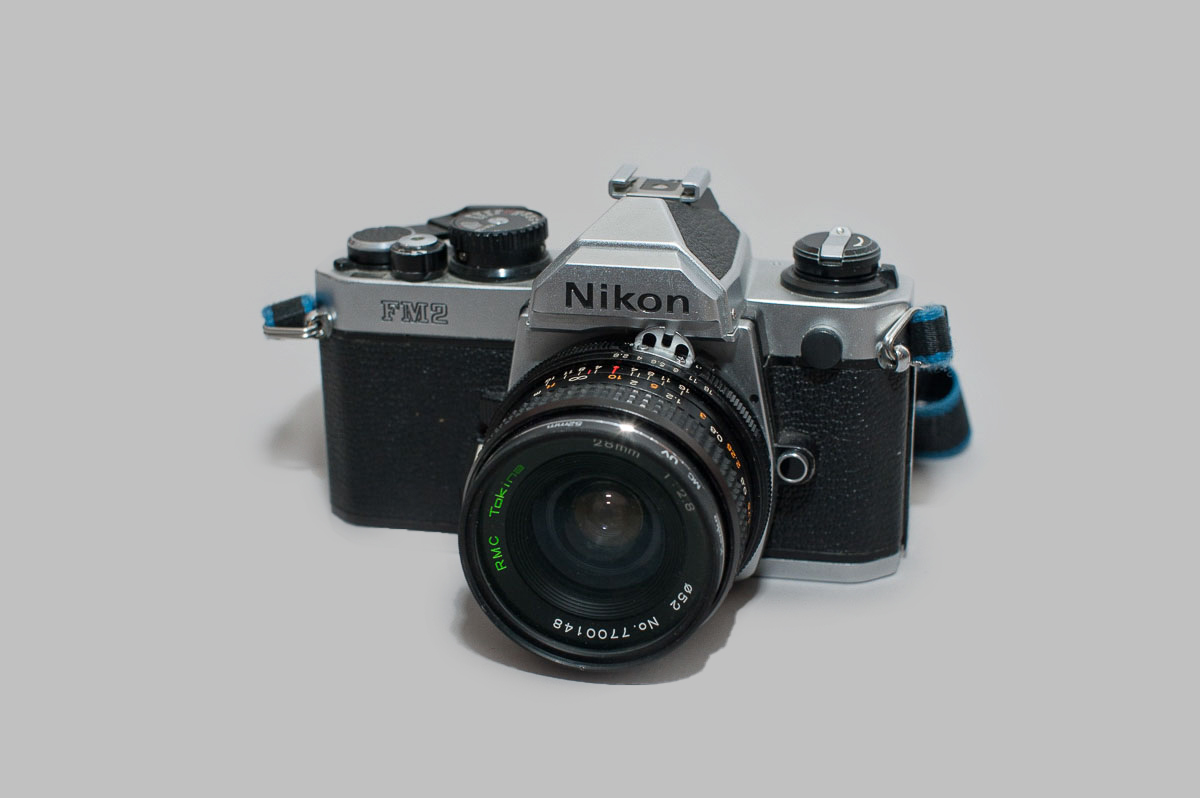 The Nikon FM2 is an advanced semi-professional, interchangeable lens, 35 mm film, single-lens reflex (SLR) camera. It was manufactured by Nippon Kogaku K. K. in Japan from 1982 to 2001. The original camera was released with some incremental improvements in 1984 and this later version is commonly referred to as the FM2n although both versions are labelled as the FM2 on the front of the camera body.

The Nikon FM2 is in excellent condition.Shutter works in all speeds.Meter is in great working order.