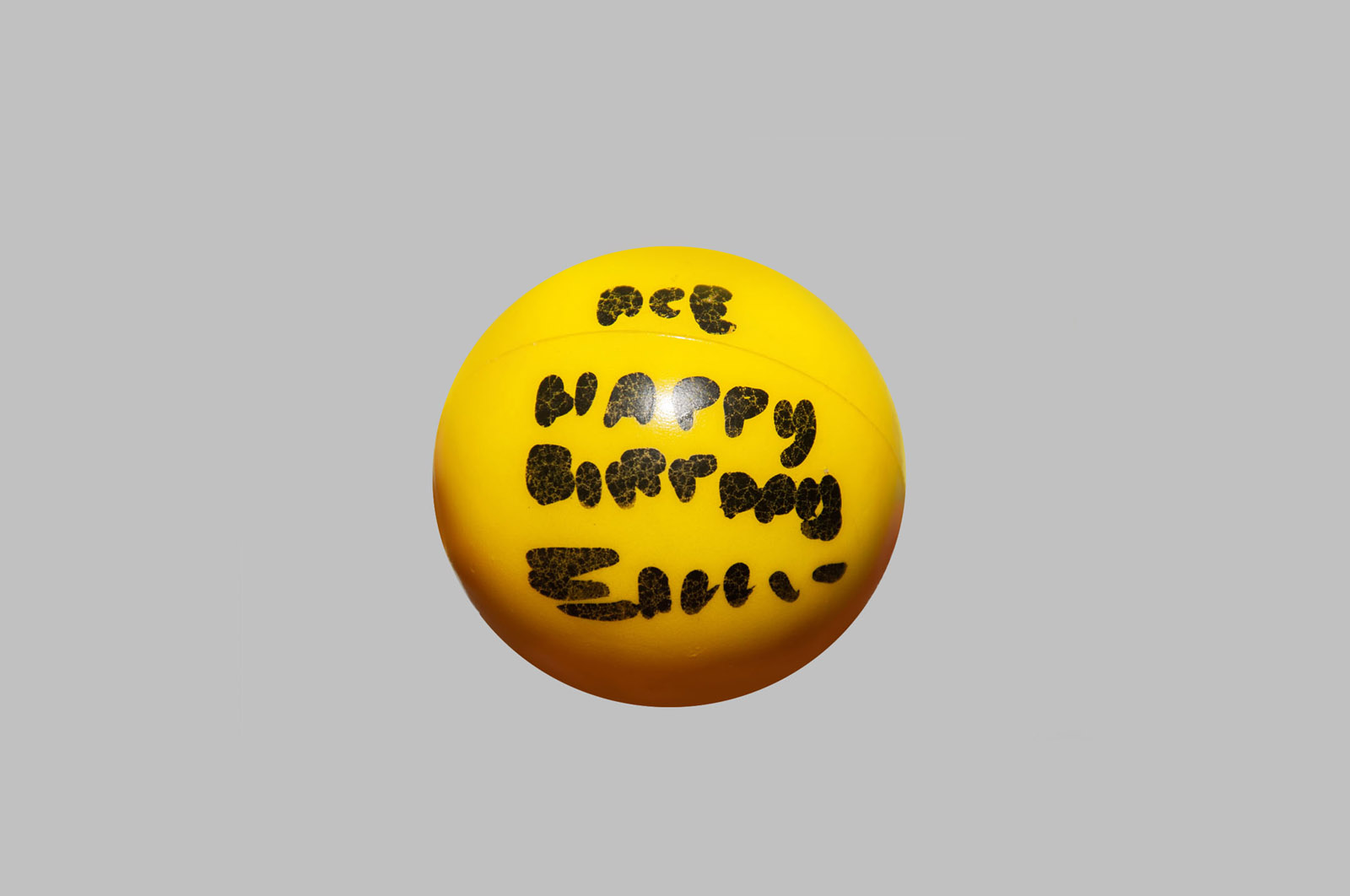 Enrico David (born 1966, Ancona, Italy) is an artist based in London. He works in painting, drawing, sculpture and installation, at times employing traditional craft techniques. In the 1990s he garnered acclaim for creating monumental embroidered portraits using sewn canvases, which often began as drawings and collages from fashion magazines. During the past several years David focused on sculpture in a variety of media and returned to more traditional methods of painting. His recent works include large-scale portraits of deeply psychological meaning. Drawing continues to be an important element of his practice.

This is a birthday gift for Ace’s year of 2015, which is signed by ENRICO DAVID, a well-known contemporary artist.