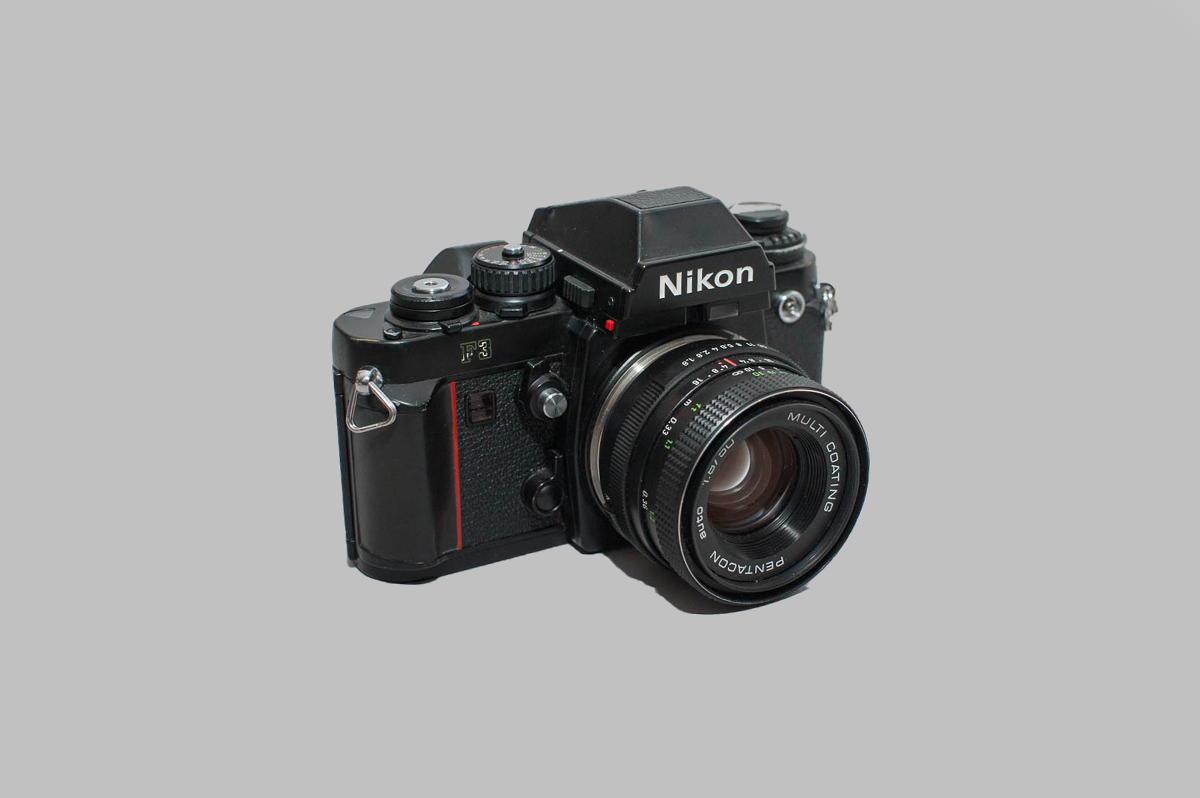 The Nikon F3 was Nikon’s third professional single-lens reflex camera body, preceded by the F and F2. Introduced in 1980, it had manual and semi-automatic exposure control whereby the camera would select the correct shutter speed (aperture priority automation).

The Nikon F3 series cameras had the most model variations of any Nikon F camera. It was also the first of numerous Nikon F-series cameras to be styled by Italian designer Giorgetto Giugiaro, and to include a red stripe on the handgrip – a feature that would later become (with variants of stripes and various other shapes) a signature feature of many Nikon cameras.